In 1991 we began to provide transport trucks Tatra 148 and involved the construction of a town bypass (around Milín) and other important constructions of our district. Over the time we modernized vehicles to Tatra 815. In the summer of 1994 after partner disagreements the company apart. Within one month was formed new company with managers brothers Jan and Pavel Veselý and the company was named JPV trans.

We started to participate in the construction of the D5 Pilsen - Rozvadov where our vehicles were exercised transportation as one of the few, until its inauguration. That same year we signed a contract with the company in brick to supply one of the main raw materials for the production of bricks. At present, the collaboration with ten-year tradition and has become one of the major suppliers.

In 1996 we bought our first truck Scania with trailer Walking Floor (with sliding floor) - Schwarzmüller. With this trailer we made history as the first company in the Czech Republic owning semi-mentioned type. In 1997 we were asked to assist in the export of cider apples and thus we began and international transport, for which we have stayed. Our other trucks were VOLVO trucks with trailers and semi-trailers Schwarzmüller. With a growing fleet of these companies have already been able to meet our demand for vehicles utilization, we were therefore compelled to work to cater for themselves, which was our forwarding activities. We have gained experience with contracts, which were needed daily to transport goods with a volume of up to 600 tons.


Since the beginning we have dealt with transportation of bulk materials. In 1996 we were one of the first began using trailers with sliding floor. On the activity that we deal with today.

Since 2007 we operate in our own area where is also truck and van service.

After long experience with trailers with sliding floors, we have become Knapen-trailers sale and service representation.


We own 16 trucks Volvo. We transport stuff over 12 tuns all over the Czech republic and whole Europe, especially Middle Europe. 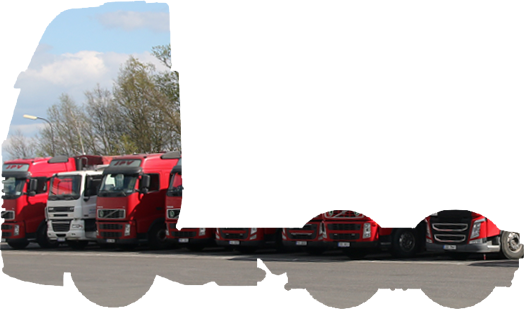 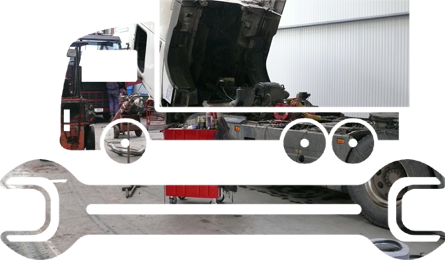 We make complete truck and bus service. We take care of your tires.


Since 1 January 2015, we have been representing the Dutch manufacturer of semi-trailers with sliding floors KNAPEN Trailers. We provide comprehensive service and sale of spare parts.

Knapen Trailers built the first sliding floor semi-trailer in 1984. Since then, it has specialized in this type of semi-trailer. It is therefore not surprising that Knapen Trailers has been the market leader in Europe in this field for more than 30 years.

The sliding floor offers many benefits. It has a large transport capacity and low dead weight. It is suitable not only for all types of bulk cargo, but also for piece goods. It is therefore ideal for transporting goods on the return journey. For example, you bring raw materials to the factory and take away the final product. This will improve the usability percentage of your vehicles!